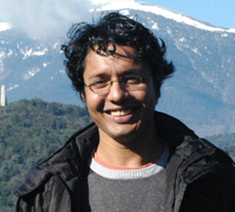 Improper wastewater management could result in significant damage to the treatment plants and the final recipient aquatic ecosystem. In the past, wastewater management did not get much attention from different stakeholders. However, recently a paradigm shift of wastewater and stormwater management is evolving from a simple sanitary and flood control, respectively, to a whole environmental protection function. In many countries (such as USA and EU members), operators have to require a permit from the regulatory authority to discharge their wastewater into the sewer systems. In this context, a very important aspect of the sewer systems management policy is to detect and eliminate an illicit intrusion, which can be intentional, such as unauthorised industrial effluent, or accidental spills.

This PhD research is consisting of two main pillars. In the first pillar, the issues regarding the identification of an illicit intrusion in a sewer system have been addressed, proposing a source identification (SI) methodology. In the second pillar, different innovative methodologies have been proposed to find the optimal placement of a limited number of sensors in the sewer system for an early warning in case of a contaminant intrusion.

In the thesis, the SI is solved through a simulation-optimisation model, combining the hydraulic and quality simulation tool Storm Water Management Model (SWMM) with a genetic algorithm code (GALib) as an optimiser. It requires online measurements from some sensors placed on the network. The SWMM is considered one of the standard tools for modelling sewer systems, but it does not have the programmer’s toolkit. To integrate the SWMM simulator with the proposed automated SI methodology, an ad-hoc toolkit has been developed. Another aspect is represented by the computational effort required to perform the SI methodology, which is a major concern for the large systems. To comply with that a pre-screening procedure, based on the pollution matrix concept and considering the topology of sewers, has been implemented. The procedure selects a limited group of candidate nodes, cutting all the unnecessary nodes and their associated links from the scheme, to reduce the simulation time.

The SI methodology has been tested on two different networks. One is a literature network taken from the SWMM example manual while the other is one sub-catchment of the real sewer network of Massa Lubrense, a town located near Naples, Italy. The results show that the pre-screening procedure reduces the computational effort significantly, and it has a crucial role on large systems. In investigating the performances of the SI methodology, its sensitivity respect to the genetic algorithm parameters has been verified. Moreover, the influence of the uncertainty of the inflows values and the measurement errors on the results have been investigated. The analysis suggests that the uncertainty of inflows influences the success rate of the SI, even if satisfactory results are also obtained with significant uncertainty levels. The sensor measurement has less influence on the SI performances.

Another core problem associated with the water quality monitoring of sewers is represented by the optimal placement of a limited number of sensors for the early detection of an illicit source. In the thesis, the sensor location is expressed as a single or multi-objective optimisation problem and the SWMM is used to extract the water quality data. Different formulations have been proposed and tested. First, an Information Theory (IT) based multi-objective optimisation methodology is presented. The IT approach considers two objectives: the Joint entropy, the information content of a set of sensors, which is kept as high as possible; the Total correlation, a measure of redundancy, which is kept as low as possible. In the second multi-objective approach Detection time, to be minimised, and Reliability, to be maximised, are considered. In both cases, the multi-objective problems are solved using the Non-Dominating Sorting Genetic Algorithm-II (NSGA-II). As a third alternative, a single objective Greedy based optimisation tool has been tested. The previously considered objectives are also used with different combinations. The Massa Lubrense sewer network is used to test the performances of various proposed procedures. A normalised comparison among all approaches shows that the Greedy based approach could be a handy alternative for optimising the sensor locations in sewer systems.