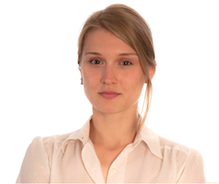 Bio-electro-fenton: optimization of electrochemical advanced oxidation process in the perspective of its combination to a biological process for the removal of pharmaceuticals from wastewater

Water pollution is one of the biggest challenges that humanity faces as the removal of various complex pollutants is no longer effective by using conventional water treatment methods. Recently pharmaceuticals have been recognized to be contaminants of emerging environmental concern as their traces were detected in a spectrum of water bodies around the globe. The long term effects of their presence in a natural environment are not yet fully studied, but the potential outcomes can be detrimental to a sustainable future. In this regard the development of novel treatment processes is crucial for tackling this environmental problem.

Among the variety of currently rising treatment technologies, the electro-Fenton method, an electrochemical advanced oxidation process, has demonstrated an ability to eliminate pharmaceuticals as well as other types of persistent contaminants. This electrocatalytical process generates in situ strong oxidants species – hydroxyl radical (•OH) – which non-selectively degrade organic pollutants. As application of electrical energy is required, the operation of such process might be cost-prohibitive. A solution would be to combine electro-Fenton with a biological process which is more economically viable, but less effective in the removal of pharmaceuticals. Such a combined process is expected to have a synergetic effect and to balance cost and effectiveness. The goal of this PhD thesis is to optimize operating conditions of the electro-Fenton process for a feasible combination with a biological process as a means for eliminating pharmaceutical pollution of water.

The main objectives addressed by this work are related to the influence of operating parameters of the electro-Fenton process on (a) removal of pharmaceuticals; (b) mineralization of organic matter; (c) enhancement of biodegradability; (d) energy consumption.

The thesis has three distinct parts related to the type of treated aqueous solution. First, a mechanistic study was conducted on aqueous solutions of individual pharmaceuticals in order to understand general trends of their removal. Next, a series of experiments was carried out on a synthetic mixture of thirteen pharmaceuticals from different therapeutic classes. Lastly, two laboratory bench-scale reactors of a combined bio-electro-Fenton process were operated for the treatment of real wastewater from a pharmaceutical and cosmetic industry. The advance in the complexity of the treated solution allowed a comprehensive comparison and analysis of the influence of the operating parameters.

The main results include the optimal values of two operating parameters: the catalyst (Fe2+) concentration and the applied current intensity for a given electro-Fenton setup. The effects of the operating parameters on the removal of pharmaceuticals and other organic matter were similar regardless of the treated solution. The optimal value for the Fe2+ concentration was concluded to be around 0.2 mM. The optimal current intensity was in the range 100-500 mA. The current efficiency in terms of the pharmaceuticals’ removal was the highest with the lowest intensity (100-300 mA). At the same time the biodegradability, which was an important factor in the biological post-treatment process, improved with higher intensities of electric current (500-1000 mA). However, high current intensities resulted in an elevated energy consumption, particularly with a prolonged treatment time. Consequently a decision should be made between improving energy saving or removal rates, and this trade-off would have to be found in any single case.